Pope to the Delegation of FIAMC: Continue with courage and serenity! 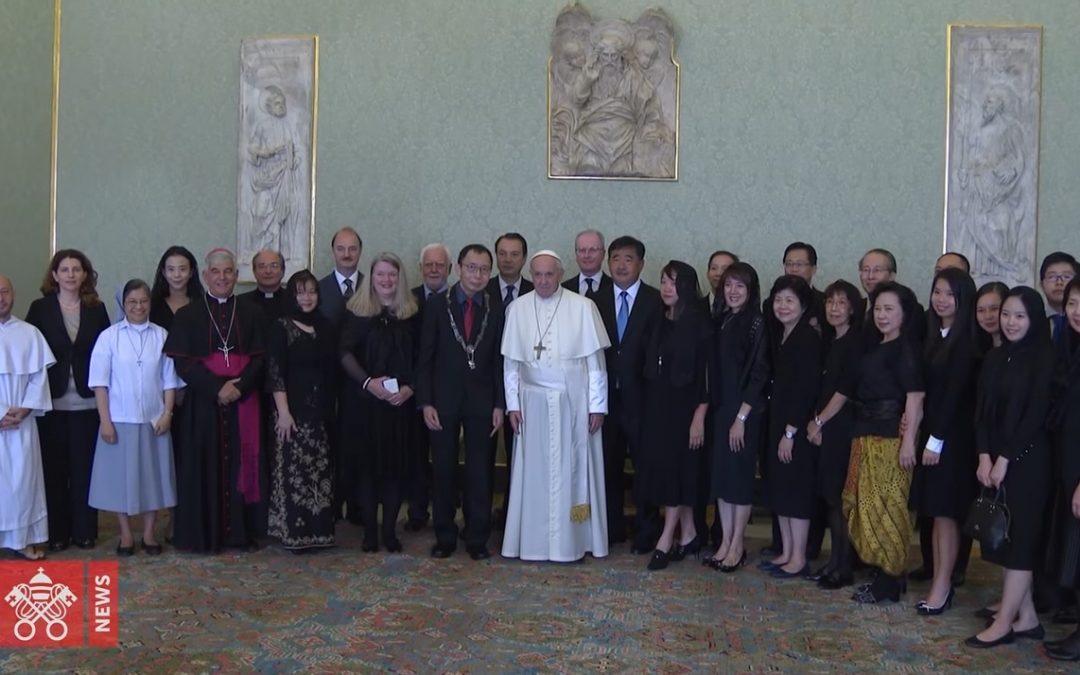 His Holiness received the Delegation of FIAMC (International Federation of Catholic Medical Associations) ahead of the 25th Congress that under the title “Sanctity of Life and the Medical Profession, from Humanae Vitae to Laudato Si” will be held in Zagreb, from 30th May to 2nd June 2018.

„Your qualification as catholic physicians commits you to a permanent spiritual, moral and bioethical formation in order to implement the evangelical principles in medical practice, starting from the doctor-patient relationship up to the missionary activity carried out to improve the health condition of the populations on the fringes of the world“, underlined the Pope in his address to members of Delegation of the International Federation of Catholic Medical Associations (FIAMC).

Pope has acknowledged the fidelity and coherence with which the Associations of FIAMC Federation have kept over the years and stayed true to the teachings of the Church in the medical and moral field.

“This fidelity has required and requires hardships and difficulties that in particular circumstances, can demand a lot of courage. You must continue with serenity and determination on this path, accompanying the magisterial interventions in the seas of medicine with a corresponding awareness of the moral implications. The field of medicine and health, in fact, has not been spared from the advance of the technocratic cultural paradigm, from the cult of unlimited human power, and from a practical relativism which sees everything as irrelevant unless it serves one’s own immediate interests. (cf. Lit. enc. Laudato si ‘, 122)

On behalf of FIAMC dr. John Lee, president of FIAMC and the president of 25th FIAMC Congress addressed the Pope. President Lee to Pope Francis

On behalf of the Congress host and the Local Organising Committee, president prof Jasenka Markeljević, MD, PhD gifted Pope Francis the monograph of 25th Anniversary of Croatian Catholic Medical Society, 25 HRK coin issued in the year 2000 on the occasion of the commemoration of the tenthanniversary of the establishment of the Republic of Croatia, with an image of a human fetus symbolizing life. Prof. Markeljević gave Pope Francis informations about 25th FIAMC Congress and assured him of support and prayers of CCMS members and Congress organisers.